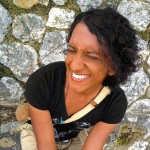 I’d like to take a moment to thank all of you who have supported me and the work I’m doing with Colours Cayman throughout 2016. You’re every bit as responsible for the growth of this movement as I am. Without your encouraging words and contributions, I never would have found the motivation to go this far. I never imagined this humble endeavour generating the kind of response that it has and I’m genuinely excited to keep the momentum going.

But as much as I’d like to leave you with some feel-good message of hope and prosperity, I can’t lie to you—that’s not my style—there is yet much work to be done and the challenges that lie ahead are formidable ones. Challenges tied to unspoken tribulations with far-reaching effects that many so often turn a blind eye to. And unless we rise to meet these challenges, the myriad injustices of yesteryear are sure to plague this one as well.

To clarify, my end goal with Colours Cayman is to establish and uphold true equality for all residents of the Cayman Islands; local or foreign, affluent or impoverished, straight or queer. I am of the firm belief that coexisting in harmony with one another is not a pipe dream but a political and social imperative and one that so many of our elected officials have lost sight of. Both activists operating at a grassroots level and respected political leaders across the Caribbean and Latin America are making great strides towards achieving this, while our government stands idly by, seemingly oblivious to it all.

And while Opposition Leader McKeeva Bush, in his “New Year’s Message” for 2017, may speak of inclusion and togetherness with a tone of sincerity, the difference between his words and mine is that I have the temerity to stand by them. Talk of fighting for the good of the common man amounts to little more than an act of saving face when you deliberately marginalise entire communities out of sheer prejudice and the advancement of your own agenda, specifically the continued oppression and social exclusion of our LGBTQ members of society by way of incendiary language and discriminatory legislation.

Of course, Mr Bush is hardly alone in his dismissive attitude towards our people. Even the Cayman Compass perpetuates that rhetoric with the blatant omission of any local LGBTQ stories this past year in its recent “Year In Review” editorial; nothing of the groundbreaking decision of the Immigration Appeals Tribunal in recognising that existing Cayman Islands law requires legal recognition of foreign same-sex marriages; nothing of the Queering Paradigms conference or the visit by a high ranking Bishop from the Church of England who spoke in support of same-sex marriage; nothing of the motion for referendum on whether the Cayman Islands should recognise same-sex marriage or unions that was defeated; nothing of the petition submitted by Colours Cayman to the UK government via the Governor of the Cayman Islands requesting assistance in light of comments made at the church rally and statements by the government, opposition leaders and the church that they will not support any step towards protecting their own LGBTQ people from discrimination and providing a legal framework for registration of relationships; nothing of the visit by Baroness Anelay, the Overseas Territories Minister, who, upon her visit, stated to the Legislative Assembly that “continued discrimination [against LGBTQ persons] puts the Cayman Islands in breach of its international obligations, so there is a legal imperative to change.”

Nothing regarding any of this, despite these stories having all been covered by local press, including the Cayman Compass, as their headline news stories. It is clear the editorial board has made a conscious decision, for whatever reason, not to remind the Cayman people of these profoundly important moments of 2016.

After coming out years ago as queer, I’ve long since grown accustomed to being ignored, dismissed and made to feel insignificant by friends, family, colleagues and co-workers alike but having taken a stand in the public eye this past year to speak out and act on behalf of my fellow LGBTQ people—fellow Caymanians—I can tolerate being cast aside no more. I, as an individual, as the coordinator for Colours Cayman, as part of a growing collective, now represent the struggles of many, not just within our own community but across the globe as well. I refuse to be silenced any longer.

The Cayman Islands are poised to become a beacon of hope for hundreds of thousands of people throughout the Caribbean and Latin America, by exemplifying what it means to be a nation that truly stands for equality. The concerted efforts of Colours Cayman and its allies have shifted our government into the UK’s spotlight with respect to LGBTQ issues and this is our moment to act. Our elected officials can either move us boldly forward towards real inclusion or draw us back into the shadows. It is up to us as a collective, as a people, to hold their feet to the fire and ensure their words of campaigning for equal representation don’t fall on deaf ears.

Now is the time to make good on that promise of fighting for the dignity of all Caymanians. Who will be up to the task? I know I am. And I hope I’m not alone.